For I moment I thought I was mistaken about the provenance of this intriguing and dramatic vignette, having mentioned it a few weeks to a fellow Legendite. I did get the story slightly wrong. My memory had added a horse for some reason (echoes of Peter Shaffer’s 1973 play ‘Equus’), but I got the atmosphere about right. A beautiful boy, his admirer offering his neck to him and the life of both spared. It’s a curious and erotically charged vision on the battle scarred frozen slopes of Thracia, in stark contrast (or perhaps parallel) to the cruelty and wanton blood lust of Seuthes.
I give the text in translation taken from public domain sources. It is relatively unusual to openly cite the soldier as a paederastes and perhaps Xenephon’s reason for including this is to contrast the love between soldiers and youths or close bonds between males based on love with that of the cruel and heartless attitudes common amongst barbarians such as the barbarian leaders the Greeks found themselves fighting with and against. 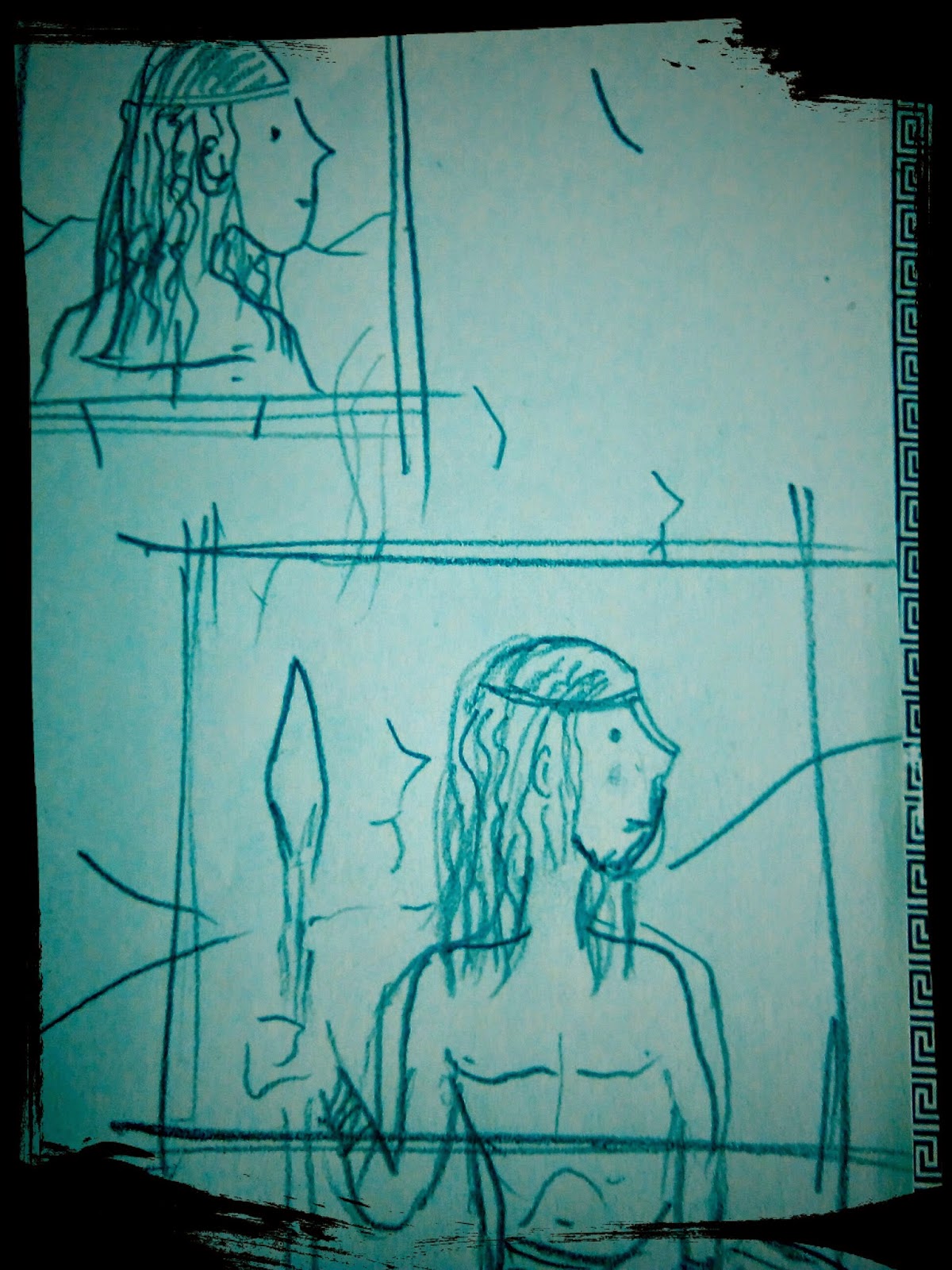 It’s a peculiar and strangely alluring scene which for me really stuck in the memory – possibly because of the idea of an overriding passion and spontaneous offer of a warrior’s life for the love of a beautiful boy about to be needlessly slain; for the ideal of beauty and the promise of love to lay one’s life on the line. It may well have been merely a dramatic gesture on Episthenes’ part and not so much of a gamble since, after all, as an elite mercenary hoplite he would have been a highly prized and indispensable military unit. If Xenephon’s prize horse could fetch as much as 50 Darics, how much more valuable must the best front line warriors of the age have been.

Here is the excerpt

Xenephon, Anabasis VII/4.7-11
[7]There was a certain Episthenes of Olynthus who was a lover of boys, and upon seeing a handsome boy, just in the bloom of youth and carrying a light shield, on the point of being put to death, he ran up to Xenophon and besought him to come to the rescue of a handsome lad.
[8] So Xenophon went to Seuthes and begged him not to kill the boy, telling him of Episthenes' turn of mind, how he had once assembled a battalion with an eye to nothing else save the question whether a man was handsome, and that with this battalion he proved himself a brave man.
[9] And Seuthes asked: “Would you even be willing, Episthenes, to die for this boy's sake?” Then Episthenes stretched out his neck and said, “Strike, if the lad bids you and will be grateful.”
[10] Seuthes asked the boy whether he should strike Episthenes in his stead. The boy forbade it, and besought him not to slay either. Thereupon Episthenes threw his arms around the boy and said: “It is time, Seuthes, for you to fight it out with me for this boy; for I shall not give him up.”
And Seuthes laughed and let the matter go. He resolved, however, to establish a camp where they were, in order that the people on the mountain should not be supplied with food from these villages, either.

[11] So he himself went quietly down the mountain and encamped upon the plain, while Xenophon with his picked men took quarters in the uppermost village below the summit and the rest of the Greeks close by, among the so-called “mountain” Thracians.