Can we ever talk about Thucydides (460-c400 BCE) without mentioning Herodotus in the same breath(484-425 BCE)? I think it would be very difficult indeed, for however much we consider his account of the Peloponnesian War to be a unique departure from the work of the Halicarnassian ‘Father of History’, there are oblique references in it to the earlier work and it could even be said that there are certain subtle influences. Could Thucydides be the stylistic wayward son of Herodotus? It’s a curious thought.
Scholars until recently have focused predominantly upon questions such as the accuracy of the history or the veracity of the speeches and how truthful Thucydides might have been as a historian – but ultimately undecidable issues have been on the whole abandoned in favour of closer investigation into the history as a work of literature in its own right, its artistic merits, its architecture and its affinity to other forms of literature, in particular tragedy and epic.
Be that as it may, nowadays the consensus on the whole of readers of the two historians is that Thucydides is more akin to modern historiography and as such is considered to be more recognisable to us, rendering him in some way a better historian than the’ mere teller of fantastic fables’ as some have disparagingly described Herodotus (Thucydides amongst them - see I.20). But it was quite a different story as reflected in earlier criticism. 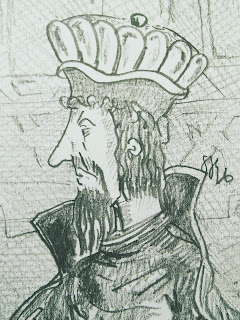 Xairpe!
Corinna of Tanagra (5th or 3rd BCE?) in Boeotia is not included in the list of great lyric poets by the Alexandrian scholars – it’s not known for sure why. Extant only in the form of a few papyri fragments and in ancient testimonia, it’s still not clear whether she is from a later era in the Hellenistic age or a contemporary of Pindar.
From the little we do know her works centres on the retelling and praise of myth and it retelling in a ritual context. One fragment (664(b) PMG give us a clear indication of what she is driven to song by,
[hionei d’eiroon aretas cheiroadov]
‘..but I have come to sing of heroes and heroines..’ 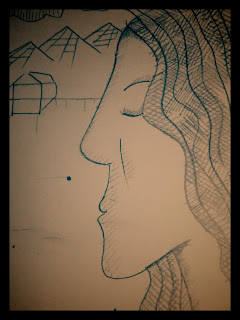 In another fragment (664 PMG) she takes another lyric poet Myrtis to task for daring to square up against her hero Pindar, further underlining her devotion to the praise of myth and ritual choral hymns. It is here where the argument over dates is centred. From the fragments and available testimonia Corinna refers to the details of choral and ritual performance in connection with places she is familiar with, e.g. the Boeotian town of Thespia and this sounds  more like the earlier type of lyric, ritual setting, choral performances and a retelling of a myth or hymn in praise of a god.  The muse of choral dance is also referenced in her work, lending weight to the theory that she was a poet predominantly known for choral performance work in a ritual or festival setting rather than the more personalised ambience of a synposion. She could even be referred to as a ‘public poet’ as opposed to a proponent of more personal touches that the later lyric poets excel in.
But in other fragments there are potential personal touches, signs of self-deprecation  or irony, an over exacting attention to detail that perhaps would have been common knowledge in the earlier contexts to which she is alluding or placing herself. Or it could just be down to the fact that the fragments were written in a different form and modernised from her original work – although this is unlikely given the distinct Boeotian linguistic style in which they are written.
As usual with such scanty evidence to go on we are left with endless scholarly debate, at least that is , until some more fragments emerge from the sands of Egypt and we have more poetry and doubtless more questions in its train. I thought nevertheless that we should include Corinna. I for one would not want to find her standing outside the banquet hall during the Greek Lyric poet’s reunion synposion scolding me for neglecting her. So here's in praise of Corinna. The tenth Greek Lyric poet…may she live forever!

Posted by Saibancho at 05:13 No comments: