Works and Days - The Two Strifes

Right at the start of Hesiod’s Works and Days (WD), we come across the startling revelation that there is not one Strife (Eris) but two. 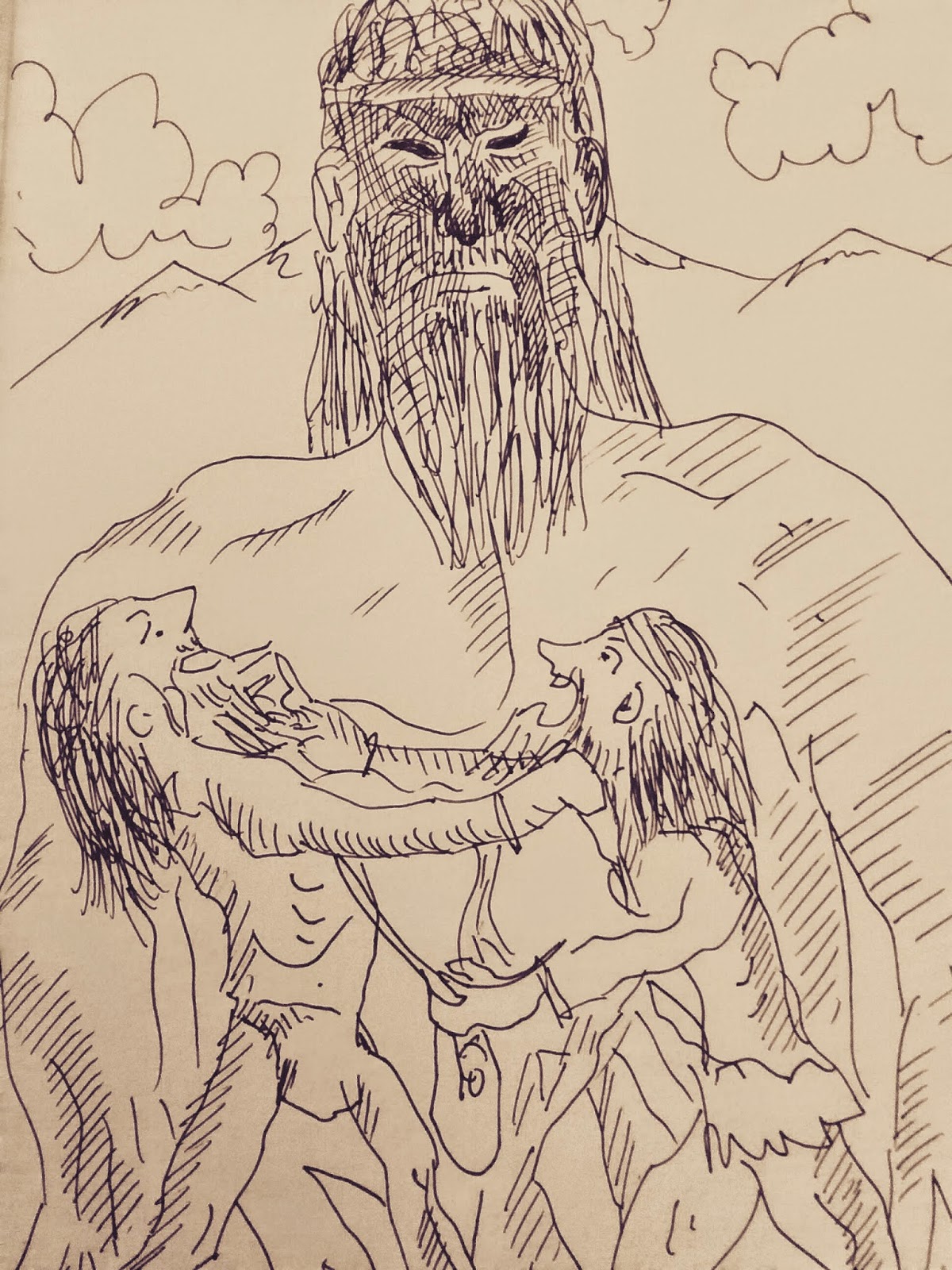 ‘So in fact, there was not just one birth of Strifes but there are two Strifes upon the earth. One of these a man would honour once he got to know it, but the other is blameworthy; and they have totally opposed spirits. Since one fosters evil war and conflict-the cruel one, no mortal loves it, but it’s out of necessity (hup’anankes) that they honour the oppressive Strife, according to the plans of the Gods. But the other one was first born from Night; and Kronos’ high-throned son, who dwells in the aether, set it in the roots of the earth, and it is much better for men. It rouses even the helpless man to work. For a man who is not working but who looks at some other man, a rich one who is hastening to plough and plant and set his house in order, he envies him, one neighbour envying his fellow who is making haste to get wealth; and this Strife is good for mortals. And potter is angry with potter, and builder with builder, and beggar begrudges beggar, and poet poet. ‘(WD 11-26)

There are two things that make this section stand out for me. One is the fact of the apparent correction or editorial process that Hesiod applies to his earlier proclamations on Eris in the previous work the Theogony. This is a first in the sense that previous to written texts such a correction would have been unthinkable or unnecessary. I say unthinkable since with many different performers, who had no text to prepare from, the changes could be all true and none of them true at the same time. It is the arrival of the fixed text that heralds other textual and written technologies involved with the recording and transmission of literature as well as culture and eventually religious and ritual practice. Hesiod has his Theogony as a realised material object which can be examined, altered, critiqued, and added to, all of the things that you can do with a written text that cannot be done within the previous oral tradition. It’s nothing less than the quantum leap that takes us out of the archaic period into the classical period.

The other striking point lies in the contrast between the two Strifes. Like a split pharmakon, we now have a good Strife in addition to the traditional (albeit second born) evil war type Strife which is just an all-round bad trip for mortals and something which the Gods seem to like inflicting on us in order to play out their inscrutable divine plans or to play out on a miniscule scale their mere Olympian squabbles.

The good Strife then appears to be the envy of wealth which spurs men on to get some for themselves and jostle against each other in all walks of life for a piece of the action.  It seems very close to our later formulations of the Capitalist spirit and the ideology of man as a basically selfish individual struggling and vying for riches against ones fellow as opposed to working with him for happiness. I can imagine this passage being quite a favourite of the more conservative leaning Classicists such as  Boris Johnson! Peer envy is healthy and the kind of rivalry it involves, along with the begrudging and anger with which Hesiod colours it, is accepted as both necessary and good. I wonder if Hesiod envisaged  any room for overlap or bleed between the two Strifes which rather seem at least to moderns to be two aspects of one being rather than two totally separate and opposed spirits as they are described here (andicha thumon).

I wonder how in Hesiod’s understanding they are totally opposed yet both involve anger and begrudging, emotions which can easily escalate into open conflict even on an individual or minor group scale. Is it entirely clear how these two Strifes are totally opposed? Perhaps he means coming from totally different directions, one from the Immortals upon high...and the other buried deep in the earth. Perhaps we could look at this in more detail when we meet!