Georgics IV - Bulls, Bees and a whole lot of Bugonia 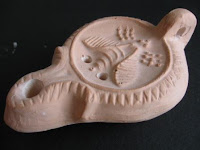 Virgil (70BC-19BC) had come into the orbit of the very rich and politically well-connected Maecenas and according to the traditions was encouraged to work on a didactic poem – after several years work (37-29BC) Georgics was the result.


As the title suggests (from the Greek: georgein – to farm) it is chiefly concerned with farming and agriculture – a celebration of the joys of tillage, sowing, and harvesting as well as animal husbandry – all in the Mantuan poetasters trademark skillful and highly poetic language. In this work Virgil further solidifies his reputation for posterity as a master of the hexameter verse. In style the poem betrays a distinct Lucretian influence with tons of alliterative devices, frequent recourse to assonance and the expert and sensitive juxtaposition. It even boasts an epillyon (in book IV as it happens), a short epic poem within the work on an epic/mythic theme – the Georgic epillyon concerns itself with Aristaeus and how he found his bees…which brings me to the subject of book IV. Bees.


The first part is in line with the didactic tone of the work as a whole and is all about bees, their lives and habits and how to bring them up – honey being a treasured luxury item in ancient times, akin to a medicinal food possessing great life-giving virtues. You can still sense this when you look at the packaging and prices of some of the higher brands of Royal Jelly in modern pharmacies.  Georgic Bees are upheld as a sort of ideal society minus the arts and recreation – a sort of coalition government paradise – where every member of society works like hell 24/7 for the queen or leader and drops dead when they are no longer useful – no cosy retirement for them! – this book could be very dangerous in the hands of the British DWP!!. Anyway tucked in amongst all this bucolic finery (towards the end of the book) is a most mellifluous taste of the downright bizarre – nectar for the lover of the downright odd and insane as it were – in the form of the ancient art of Bugonia. This rite is described elsewhere but here we have Virgil’s allusion to it in the text:


‘But if anyone’s whole swarm has suddenly failed him and he knows not how to restore the race in a new line, then it is time to reveal the renowned trick of the Arcadian master, and the method whereby often in times past, the rotting gore of slain bulls has generated bees’


Virgil goes on to detail the peculiar rite which certainly has Egyptian overtones, Apis being the bull god most revered there since ancient times and the bee being a pharonic symbol of power. It may even have come down to us in the motif of the fleur-de-lis, a heavily stylised bee image.
This mythic rite segues neatly into the epyllion and Aristaeus’s quest for the golden hive as it were, completing the change from didactic into epic (or mini-epic) and an echoing of Hesiod’s Works and Days. Virgil himself or perhaps with the Svengali like influence of Maecenas wished not only to emulate these greats that he loved and admired so much but also hoped to become the Roman equivalent. He was well on his way to achieving this – tradition has it that he and Maecenas took turns reading sections of the Georgics to Octavian back from the victory at Actium and presumably gaining his imperial approval and imprimatur. With his later and final epic work, The Aeneid, it could be said that he made that wish reality for all time
Posted by Saibancho at 14:15