Seneca and Nero - Philosophers and Madmen

Hail in the name of the Emperor! 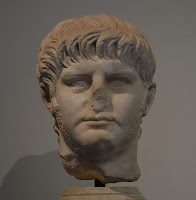 I have ordered what I think to be the 3 volume Loeb series parallel texts of the Senecan Letters of a Stoic..there is something else I have found which is a study of Seneca as a philosopher in the political context of his times. Its interesting to note for example that he was Nero's tutor and is often regarded as having tempered his excesses at least during the first part of his reign. But in the later reign, terror became master of Rome under his cruel excesses. What is the nature Senecas involvement at this stage? How much is he really a philosopher as opposed to a politician out for fame and riches?

I wonder what effect if any Stoic teachings had on the young Emperor and why they ceased to be able to curb his excesses. Other accounts look upon Seneca as someone who did not follow his own philosophy and was possibly hypocritical in some ways, note his railing and pleading to be allowed back to court during his exile. Surely as a Stoic he should have been delighted to avoid the 'evils of the crowds' (Letter VII).

Worth discussing when we next meet since Stoicism seems at least upon a cursory glance such a decent and solid ethic self training system, as much then as it potentially is now...but does it stack up? And how would someone choose between Stoicism and Epicureanism..is there a possible synthesis....?