The Gauntlet of Parmenides and atomic laughter in the dark

Parmenides' Gauntlet and Atomic Laughter in the Dark 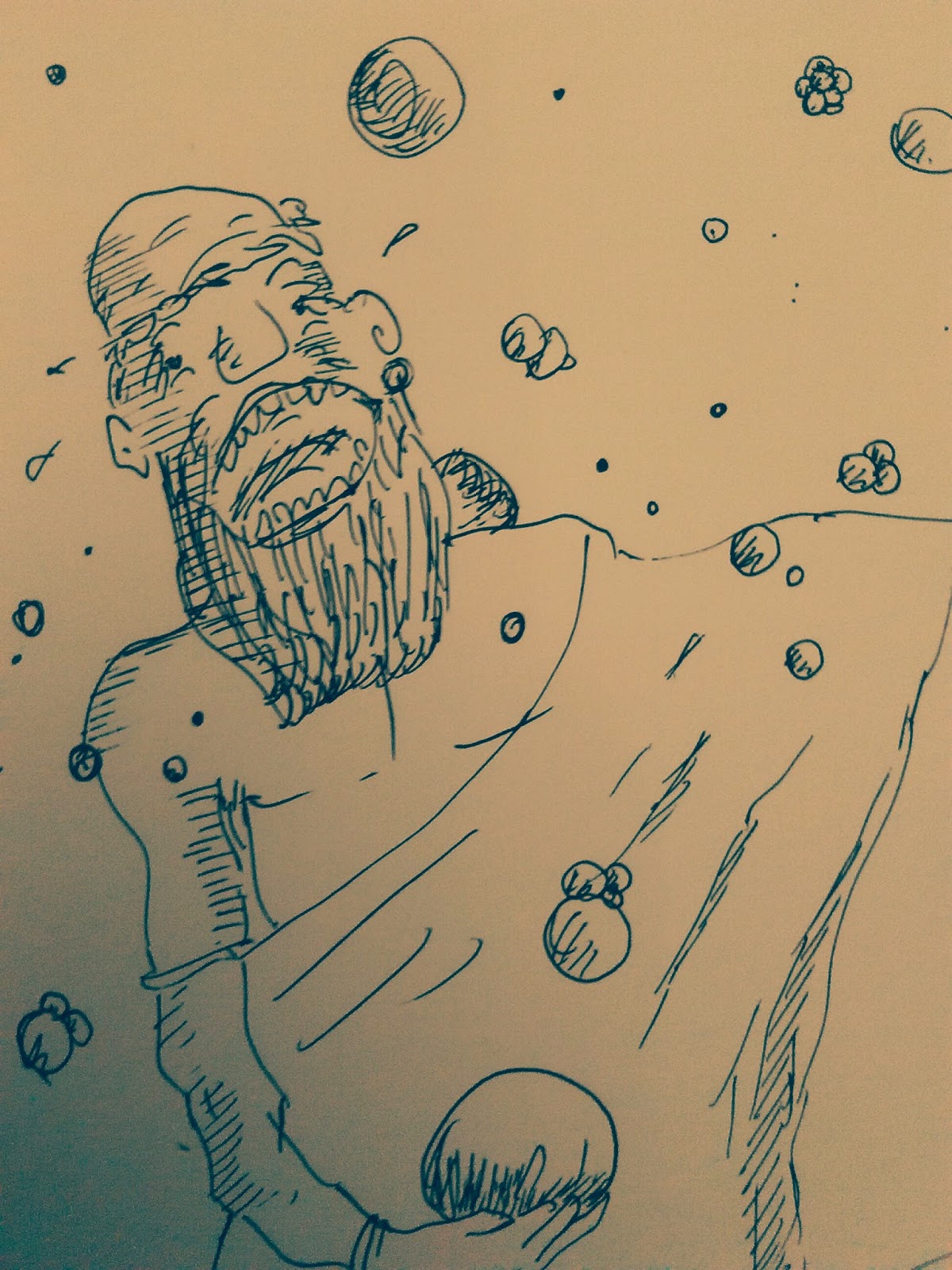 In defiance of Heraclitus and his famous maxim, I have the distinct feeling that we have stepped in this neck of the river before...ah yes..one of the first blog posts I did way back in 2013 touched upon the Atomists in connection with the poetical masterpiece of the Roman poet Lucretius, the De Rerum Natura. However with Waterfield we get a lot more detail and discussion of the atomists, Leucippus and Democritus (sometimes referred to in some of the fragments as Democrates). It would take me a long time indeed to deal with the detail of the theory in full so I just wanted to make a few points for further discussion which we might touch upon when we meet next time. In particular, how reading the First Philosophers, specifically the previous chapters has enabled us to put the atomists into the wider context of the reaction to Ionian cosmogony, and also to see how Parmenides and his difficult hexameter work  threw down a gauntlet which the later thinkers needed to deal with in order to explain change or matter and its nature at the same time trying not to violate the changeless state approach that Parmenides elaborates in his religiously worded 'Way of Truth'. Remember too that Parmenides is basing his explanation from the realm of pure thought since it is a key claim of his work that the surface changes grasped by the unreliable senses are illusory and not to be trusted. Ultimately change is not possible. This is in distinct contrast with the quasi empirical approach of many of his predecessors.


We are in danger of straying from the core remit of Legendum here in that further discussion of the matters above tend more in the direction of pure ancient philosophy as opposed to literature per se. Its interesting, there is no doubt about that, but I note that we are dealing with Testimonia and Fragments here, often the work of other writers and therefore in the absence of any one writer or body of work we are necessarily reduced to discussing the philosophical concepts themselves. Its a potential distraction I've noticed which could almost lead to the genesis of another blog altogether - that of Ancient or even Pre-Socratic thinkers! One figure looms large in a lot of the testimonia, and that is Aristotle - of whom my knowledge is scanty to say the least. In essence its a caveat we should bear in mind in future when looking at overtly philosophical texts - how deep into the philosophy do we really need or want to go if we are to keep close to the  purpose of Legendum. Of course that is not to say that such works and authors have no place in our investigatory meanderings, and they all have their literary aspects, but nonetheless we should be on our guard not to get too deep into the philosophy, fascinating though it is!

That said I wanted to mention a few points in connection with the atomists. Why and how did they come up with the theory of atoms and void? Did they manage to satisfactorily deal with the Parmenidean challenge and keep inviolate the idea that we can not talk of things which exist, as well as Zeno's important paradox of infinite divisibility? What were the political implications of atomist theories? Did they lead as some scholars have mused to a new scepticism especially about traditional ideas about the formation of the cosmos, the gods and mortals' position and relevance in such a system? How important a feature was atomic theory in the works of Democritus...he was apparently quite a prolific author and although the works themselves are lost, we have via the Testimonia and Fragmenta, many tantalising titles covering a wide variety of fields of enquiry.

I look forward to wrestling with some of these problems with you next time!