We come back to Greece with a bang and a cosmic one at that. Or rather a crunch since the Theogony (literally the birth or coming into being of the gods), composed at some point towards the end of the 8th Century or beginning of the 7th Century BCE, appears to take us on a journey from the outermost primal elements of the creation gradually moving through the grades of divine beings and monsters to heroes and finally humans with the two lines at the end of the work presaging the Catalogue of Women. It also culminates in establishing Zeus as the supreme judge and arbiter of justice.
This is a startling work from the end of a transitional period from oral to literary transmission of the names and pedigrees of the gods. Hesiod stands at the very beginning of Greek literature, giving definition to the primordial mythic landscape and in the opinion of many ancients and scholars after, practically inventing Greek religious practice and could possibly be the earliest of philosophers to boot (if we take the view that the Theogony is a cosmography in the tradition of which the pre-Socratic philosophers such as Empedocles and Parmenides are members).

It’s quite an achievement and although it is a literary production, one of the first texts open to comment and criticism by ancients, it still belies its oral origins. The language is replete with assonance and alliteration, literary devices which helped in its committing to a poets memory for later and repeated performance. 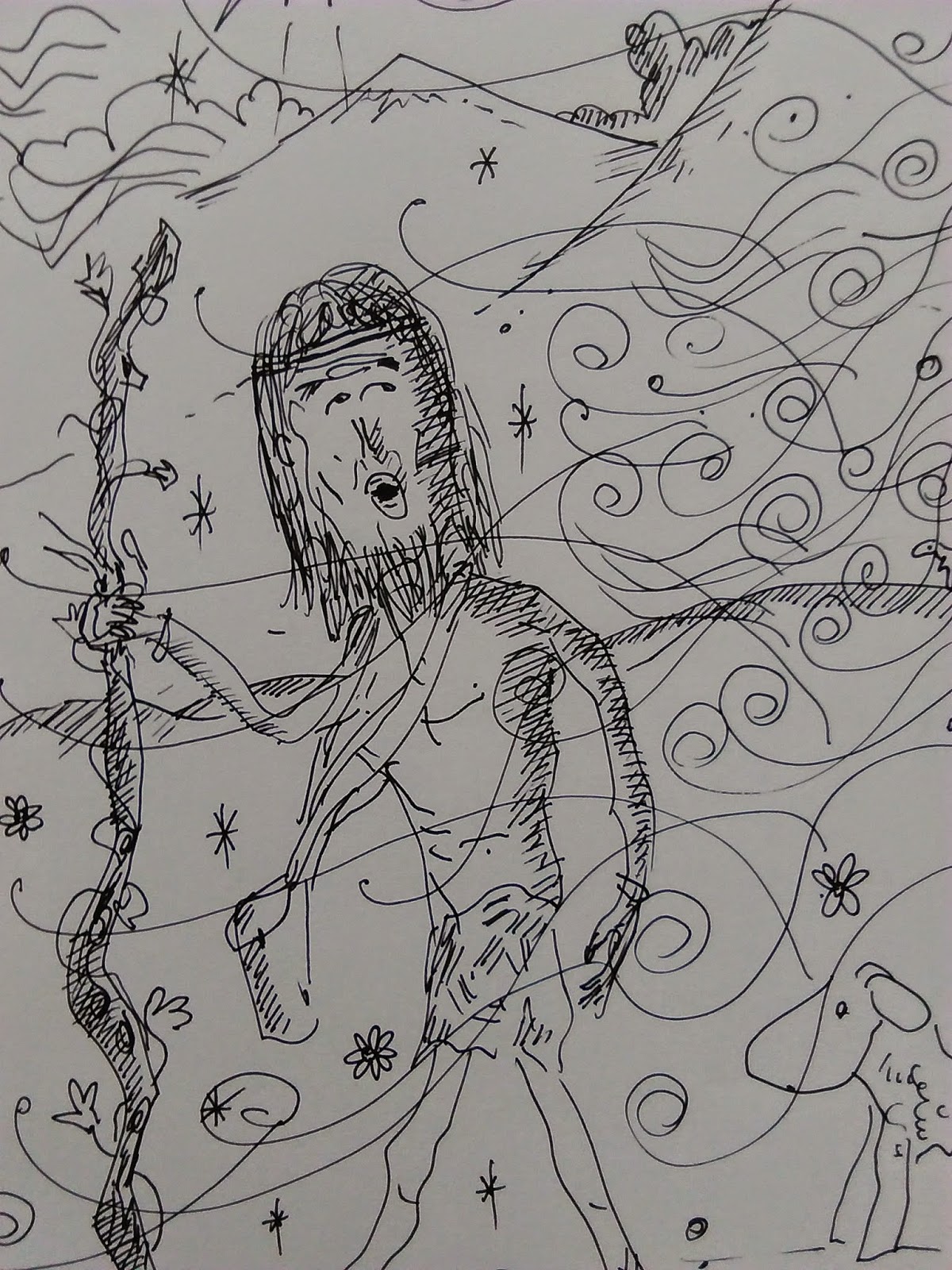 It is a thoroughly bardic work in tone and purport and it should be seen in the context of the wandering poets of the archaic period and earlier, in particular Homer. The two poets or at least one and a half poets are intricately bound up together being the subject of intense debate even now as to who was the earliest on the scene. It’s a question that will probably never be resolved but there are some interesting contrasts between the two works as well as similarities. Homer never refers to himself throughout the whole of the Iliad and the Odyssey, where Hesiod does refer to himself and his brother Perses on several occasions throughout his work. He is the first ancient Greek writer to do so – it’s such an innovation and one perhaps born of the relatively new technology of written literary culture that one is tempted to view Homer as perhaps coming from the end of the oral tradition and Hesiod at the beginning of the new written tradition. It will have to remain an idle fancy since there is no way to decide with the current evidence available to us who is the earlier. The current middle ground consensus is that they are rough contemporaries, that is, if Homer is a person rather than a composite construct of bards, the best bits of Phemius, Demodocus et aliis. To be fair to both there has been considerable and sustained scholarly debate over the question of whether we are dealing with actual historical figures here at all or rather authorised constructs – the so-called Homeric (or indeed Hesiodic) authorial question.

The other factor that doesn’t lend credence to my fantasy is the relatively higher level of poetical sophistication in Homer, although that may be due in part to the kind of works that we are faced with. The Theogony is a depiction of the cosmos and an explanation of how everything came to be so that humans can see their place in the religious, physical and moral order – it’s the tube map of the ancient Greek divine cosmos. To name the gods is to create them. This is the dramatic ritual enactment of each sacred performance/utterance of the Theogony.

With Homer I think we have very much the later intricate interactions of the worlds of Gods Heroes and Men – it’s as if Homer has set the world described in the theogony in movement and is skilfully recounting its detailed action.  Hesiod as astrolabe constructor and Homer who sets the wheels in beautiful motion detailing all of its intricate movements with consummate poetic skill.
This is not to detract from the skill and surprising deftness of Hesiod’s work. He has artfully linked the names of the gods and other beings as well as the key activities that led to the formation of the ancient Greek system into a flowing inspired hexameter form. It’s a song essentially where the words and possibly the music (that must have existed) literally bring the burgeoning universe to life before the very eyes and ears of the listener. The recitation of names alone (for it was key to a Greeks identity to know who ones father was and where one was born) would have caused intense delight familiar as they were to ancient audiences, but this added and totally new concept of linking the brief oral passages (perhaps originally short songs themselves from earlier oral times and diverse regions all over Greece) stitching them together into a sustained narrative with its own structure and solidity and direction of thought must have seemed nothing less than astounding. Reading parts of it aloud can give a slight hint of the magical hypnotic effect it must have had. It’s a both a colourful and beautiful work with great contrasting passages of darkness and light as well the frenzied interplay of the elements.

The Theogony provides a neat counterpart to the Works and Days where we move to the world of men and how best they might function in the world which the former work has so lavishly, even luridly, depicted.  Taken together they constitute a macro to micro view of the cosmos, geospatially and ethically positional for man and protreptic in intent.  We have the image before us of the muse-struck shepherd singing of the world of the Gods and also of man’s place and duty within it, linking the themes of the two complimentary texts.

I look forward to discussing the Theogony and the Works and days in more detail when we meet again!